'Getting to know VSI Board Members' Series: Claire Devlin 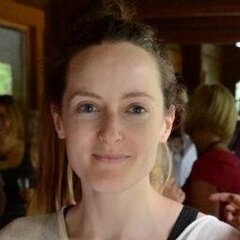 I have been a VSI Board Member since early 2020 (right before the pandemic hit Europe!). I have been a volunteer myself regularly in Ireland and abroad, and my full-time job is with an international peacebuilding organisation that works across Africa, the Middle East, and Asia. Being a Board member for VSI helps connect the dots between my belief in volunteering and my professional vocation. Volunteering for peace is a global force and VSI is a part of that movement.

My work was inspired by my history studies, particularly the study of the aftermath of serious conflicts. The choice made by ordinary people who, despite extreme trauma and loss, reject violence  - that’s the most important predictor of whether long-term conflicts will end. I realised that this had been a huge part of why Ireland moved on from civil war and eventually secured peace in Northern ireland, rather than remaining stuck in a cycle of violence. Making those choices takes a lot of commitment and support from a network of people who will keep the faith.

Realising this in theory and promoting it in fact are two different things! It was only when I volunteered in Namibia in my early 20s and became involved in campaigning for an end to violence against women in Ireland that it began to feel possible make the kind of change I’d only been studying. I was moved to make the promotion of a commitment to peace and the networks that maintain it the main part of my professional and volunteering life. Many years later, after I had moved back to Ireland after 10 years abroad, I heard about VSI. Its commitment to proactive non-violence, and its values of solidarity, inclusion, cooperation, and empowerment made immediate sense to me, and I was thrilled to learn that an Irish organisation like this existed.

Since joining the Board I’ve concentrated mostly on organisational policies and making sure that we’re in line with the Governance Code for charities. Being well-governed is about much more than complying with regulations. It’s a key responsibility of the Board and ensures that VSI lives its values, and that we maintain our integrity and credibility with our volunteers and others, including the public. I’m proud that VSI is an organisation that exceeds the standards on many aspects of good governance.

As I joined the Board during the pandemic, there are many important people for VSI who I’ve never met in person (including fellow Board members!). It looks like February may be the month that we can gather in person again safely – fingers crossed! – and that will be my highlight of the month.

Claire Devlin has been a Board member of VSI since 2020. She studied History and Sociology at TCD and later International Security and Conflict at DCU. She has worked for the OSCE, UNICEF, the German Development Service, the UK Department for International Development, and for non-governmental organisations (NGOs). She’s currently a Senior Adviser at the peacebuilding NGO, Saferworld. She has lived and worked in Ethiopia and Afghanistan on development and peacebuilding and travelled extensively to support local peacebuilding organisations in Africa and Asia. She has also worked in acute crises such as Typhoon Haiyan in the Philippines and the Ebola epidemic in Sierra Leone. She now focuses on advising organisations who are operating in serious conflicts about how to avoid unintentionally worsening conflict and instead consciously promote peace efforts through the way they approach their work.