An Update on Glebe House's 90th Anniversary of IVS-GB Celebrations and their first in-person IVP since September 2019!

A big thank you to everyone who came to Glebe House on Saturday 4th September to celebrate the 90th anniversary of International Voluntary Service (IVS-GB). It was lovely to see familiar faces and meet up with old IVS friends and exchange stories about volunteering experiences over the years. The special event included the planting of a beautiful "Red Robin" tree in the Sensory Garden by Bernie Ashford and Nigel Watt  and the unveiling of a plaque to commemorate the 90th anniversary. 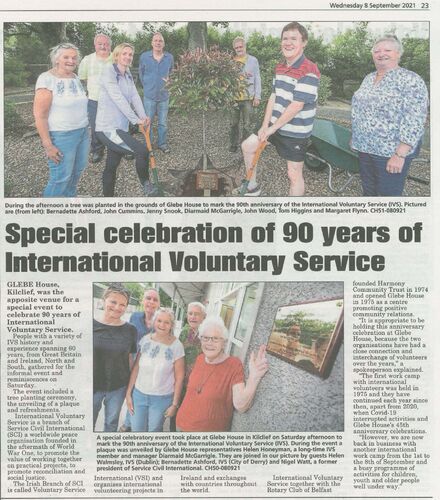 During the same week, from 1 - 8 September, Glebe house organised their first in-person IVP since September 2019. They hosted 9 volunteers and some of the activities of the group included painting the grounds' play structures, cleaning out the garden pond, tidying up in the garden and grounds around Glebe House, among much more. 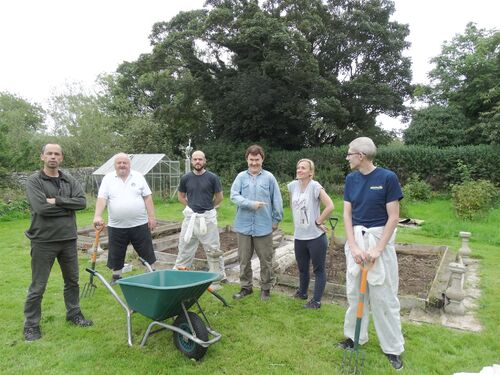 (A group of volunteers taking a deserved break for a photo!) 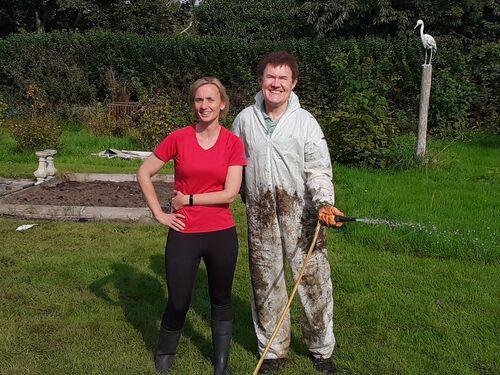 Thank you so much to all who attended, we are looking forward to the next one!