'Getting to know VSI Board Members' Series: Robin Hanan 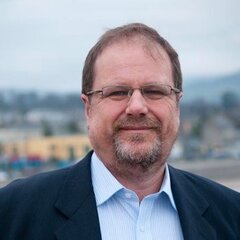 As acting chair of VSI, I am in awe of the tradition of volunteering for international peace, human rights, equality and solidarity, but I am also greatly inspired by it.

Since the 1970s, I have known friends and colleagues whose lives have been enhanced by the experience of VSI volunteer projects, or workcamps as we called them then, although I have never taken part myself.

VSI members’ involvement in a very diverse range of initiatives, from action against Apartheid to campaigning for cyclists’ rights in Ireland deserves to be written up as a full history, alongside the direct impact of volunteer work at home and abroad.

In being asked to describe my background for this newsletter, I find many parallels with VSI’s interests and activities.

In my early years, I was inspired by a children’s book about Gandhi which I picked up by chance in Bray Library. The example of using non-violent methods to confront the violence of colonialism, suppression of human rights and repressive aspects of his own society provided inspiration for many activists, including the US and Northern Irish Civil Rights movements in the 1960s, the time when I was becoming politically aware and VSI was starting up. Non-violence as a positive force to challenge injustice is still a central theme in VSI work projects.

VSI’s role in providing a space for people from very different cultures and identities to work together, learn about each other and discuss ideas is also as important today as it was when it was set up. In my youth, the ‘Cold War’ between the West and the ‘Soviet bloc’ dominated world politics. The fear of ‘the other side’ was used to justify repression and ‘proxy wars’ across what was then called the ‘Third World’. This was the background to VSI’s early work. Nowadays, ‘the other’ often means people of different religion mor ethnicity, but this fear still exacerbates conflict within societies and ‘justifies’ wars and invasions. The challenge for VSI is still to encourage volunteers to turn fear and distrust into active solidarity, and to bring this back into our own communities and networks.

I have been lucky enough to have worked with inspirational leaders of minority communities such as asylum seekers, refugees, Travellers and socially marginalised groups’. In my time in Comhlámh in the 1990s, and in the Irish Refugee Council in the 2000s, volunteers and staff provided social space and practical and campaigning solidarity for asylum seekers and refugees, as well as supporting the development of refugee-led community groups, work which VSI volunteers also take on, then and now. In the European Anti-Poverty Network since then, I had the chance to work with and learn from a wide range of member groups in Ireland and across the EU, representing Travellers and Roma, unemployed, homeless, lone parents, local community groups in areas of disadvantage and many others. Participation of marginalised groups in volunteering is an important and growing area of focus for VSI.

I have also been very aware, for most of my life, of the work of VSI in promoting global solidarity, in volunteer projects and in development education and campaigning, alongside organisations where I have worked or been active like Comhlámh and Dóchas. My wife and I volunteered on a programme supporting teachers in Nicaragua at the time when the Sandinista Revolution was being attacked by the Reagan administration in the US. We were quite aware that the support and encouragement of volunteers’ presence and the messages which we could bring home were as important than our time actually training teachers, a message which resonates with VSI’s experience. The slogan ‘think globally, act locally’ takes on a new meaning in each generation, but is still at the heart of VSI. It is widely acknowledged that existential issues like climate change and pandemics, as well as social justice and human rights, require global responses and locally-based solidarity. Again, VSI provides numerous examples of how to knit the local to the global.

In taking on the role of acting Chair, I am aware of both the responsibility and the inspiration of the legacy of more than a generation of VSI volunteers, members and staff. Reconciling the creativity of volunteering with the need for stability in structures and funding is not easy, particularly in a rapidly changing climate, figuratively and literally, but it is no harder than the challenges which our predecessors have faced and overcome.

Robin Hanan has been a Board member of VSI since 2018 and acting Chairperson since January 2021. He studied history and politics and was the first full-time Education Officer of TCD Students Union, before joining the civil service where he worked in the areas of trade, transport and tourism. He volunteered in Nicaragua and on return was an active member and Chairperson of the Irish Nicaragua Support Group. He was Coordinator of Comhlámh, a volunteer-based organisation promoting sustainable development, human rights and solidarity through supporting returning volunteers, development education and campaigning. He was Director of EAPN (European Anti Poverty Network) Ireland, a network of hundreds of local and national anti-poverty groups linked to a Europe-wide network from 1999 to 2007 and from 2012 to 2017. He was CEO of the Irish Refugee Council in the mid 2000s. He also chaired the Europe-wide policy groups of Concord (the umbrella body for development NGOs) in the 1990s and of the European Anti Poverty Network in the 2000s. Since retiring in January 2018, he has joined a number of voluntary boards: The Glencree Centre for Peace and Reconciliation, and its intercultural working group; PBI (Peace Brigades International) Ireland; Treoir (The national federation of services for unmarried parents and their children); and the Cork Street Fund. He is also active on a number of advisory committees, including Akidwa, the Africa Centre and the Bray Refugee Solidarity Group.