1. Searching for Traces of Forced Labour: a Digital Photography Project 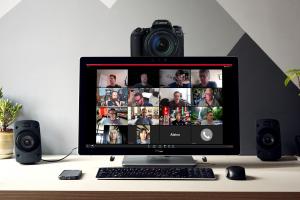 Description: The Nazi Forced Labour Documentation Centre is located in Berlin on the grounds of an almost completely intact former forced labour camp. It focuses on a forgotten victim group: civilian forced labourers from all over Europe forced to work for the Nazi regime during the Second World War. At the core of the project is a photographic exploration of the past and present aspects of forced labour.

Type of Work: In the first part, international volunteers will learn more about forced labour during National Socialism and get an introduction to photography by a professional photographer. In the second part, the volunteers will be invited to search for traces of forced labour in their home countries. They will be documenting their results with the camera. As a result of the project, the photos and the volunteers’ stories will become part of an exhibition that will be shown in the Nazi Forced Labour Documentation Centre. 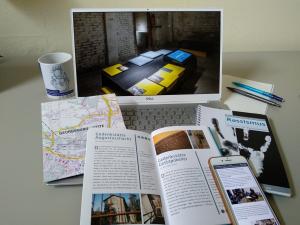 Description: For 20 years, an association of committed citizens has been working through the traces of forced labour under National Socialism and international prisoners in the then "Arbeitserziehungslager Ohrbeck" (AEL) - a Gestapo concentration camp - to redress the effects of forced labour. From January 1944 until the end of the war, more than 2,000 prisoners, including numerous people from the Netherlands and the former Soviet Union, had to work here for a steel factory, clearing rubble and clearing bombs. Many lost their lives in Gestapo custody. Most of the forced labourers came from the Netherlands and the Soviet Union. Their punishment also served as a deterrent for over 25,000 forced labourers in the Osnabrück region, half of whom came from the Ukraine, Belarus and Russia.

Type of Work: On the occasion of the 75th anniversary of the end of National Socialism and the war, the volunteers have the opportunity to make the stories of the often forgotten millions of forced laborers and the hundreds of thousands of AEL prisoners visible through. Together, they are preparing the story of a Ukrainian prisoner of AEL. They each write text fragments of a biographical interview with the former forced labourer, help with translations where possible, put the fragments together online and thus jointly trace the biography of this person in order to preserve it for the future. The joint project of the volunteers will be included in the memorial's exhibition and thus serve further documentary and educational purposes.

Study Theme: Using the concrete example, the volunteers will deal with forced labour and Nazi history as well as its causes and consequences. This year, the focus is on the contemporary witness interview with a Ukrainian forced labourer who experienced war and the Holocaust. The participants take part in digital tours of the Augustaschacht Memorial and its permanent and special exhibitions. If interested, the Gestapokeller Memorial can also be visited digitally.

Requirements: VSI membership. Volunteers must be open-minded, able and willing to participate in archaeological documentation, be open for new perspectives, interested in the topic and intercultural encounters, and speak good English.