Climate change is the defining issue of our time and no country, however miniscule, will escape it. Whilst the industrialized world has been historically responsible for the emissions that have resulted in the kind of global warming we experience today, developing and emerging market economies that are currently experiencing economic growth and forging their own industrialization pathways are at risk of contributing to global temperature rise even further. Thus, while historical emissions may provide some answers to the controversy around how the financial burden of climate mitigation and adaption must be distributed, it goes without saying that rich or poor, every country must ensure that their economic activities now and into the future are maintained for the social good and nested within planetary boundaries.

This is the framework that has informed the formation of the United Nation’s 17 Sustainable Development Goals (SDGs). This model suggests that environmental goals must form the basis of society which must cradle economic development, and for far too long, the powers that be have viewed this representation of good governance upside down. Importantly, partnerships are the thread that holds the three dimensions together, strengthening and re-enforcing the positive spillovers between the pillars. Thus, solving global issues requires collaborative global action. In other words, united we stand, divided we fall. 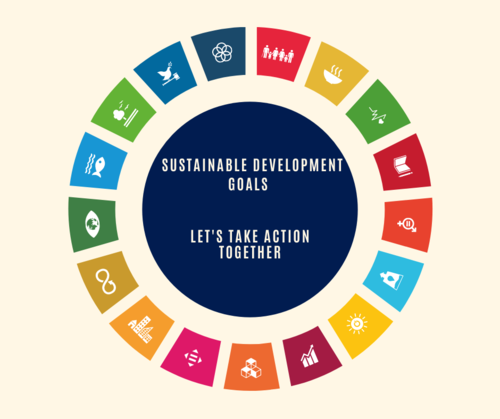 Ireland is a small island nation with less than 5 million people, so one may ask what such a small country can do to tackle a big problem like climate change. Unfortunately, Ireland’s track record for emissions isn’t great. Ireland’s cumulative greenhouse gas emissions has consistently been above the EU average and the country has failed to meet its 2020 targets for emissions reductions. Ireland’s waste production is also among the highest in the EU coupled with one of the lowest recycling rates. The 2020 Sustainable Progress Index ranked Ireland at one of the lowest on the environmental index when compared with 15 other long standing EU nations. Ireland is still heavily dependent on fossil fuels to meet its energy needs. Ireland’s per capita emissions remain high year on year at between 7-10 tonnes of carbon dioxide equivalent which is both slightly larger than the EU average and many times larger than a developing country like Uganda where per capita emissions hover around the 0.1 mark. Wealth therefore matters more than size where impacts are concerned. At the same time, Ireland’s high contribution to global warming presents unique opportunities to do better and lead global ambition for a fairer and more sustainable future for all.

The Environmental Protection Agency has projected substantial improvements in Ireland’s emissions profile between 2020 and 2030 with large reductions planned for the residential sector, and commercial and public services, a moderate reduction in energy industries and smaller reductions in transport and agriculture. These plans will only bear fruit if implemented early and conscientiously. Only then can 2030 EU emissions targets be met.

Beyond EU level goals, implementing strong climate policies that put people and planet before profit will not only serve the people of this precious island nation well, it will mean delivering on its moral commitments to the global community, especially those in developing country contexts who have made little to no contribution to climate change but is already suffering some of the harshest impacts today. As citizens and residents, we can all stay informed on climate change and the SDGs, ask our government for better policies and more ambitious goals, and act on climate ourselves through, for instance, talking about climate change, educating others about climate justice, and reducing our own carbon footprints in as much as the systems in place allow. At the end of the day, climate change is everybody’s problem, and whilst individual actions seem small, individual actions collectively make a big difference. Being climate activists is not that hard either. Once we know what we know about climate change, it is probably harder not to be one. 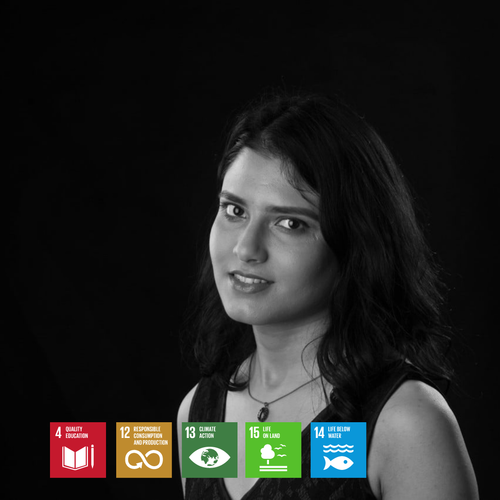 VSI volunteer, Sangha is currently working on these 5 SDGs to tackle climate change in Ireland